The Impact of COVID-19 on the Gallery Sector

To mark the launch of a new mid-year survey exploring how the COVID-19 pandemic has impacted the global gallery sector, Art Basel and UBS present a panel of experts to discuss the findings of this special report and to explore the challenges and opportunities facing the art market in 2020 and beyond. 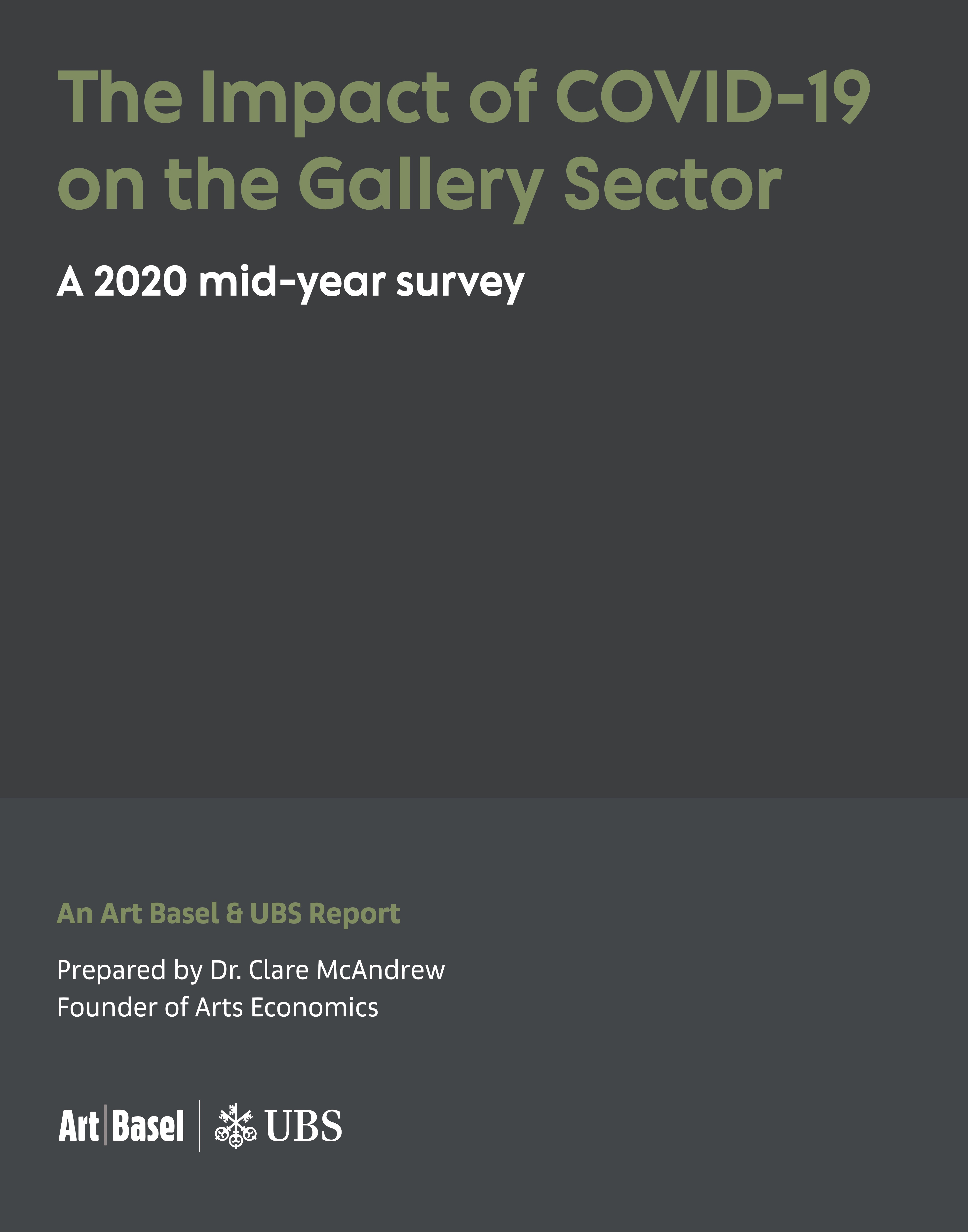 An error occurred trying to play the stream. Please reload the page and try again.

Melanie Gerlis became the weekly art market columnist for the Financial Times in 2016. She was previously Art Market Editor for The Art Newspaper (2007-2016), before which she was a financial communications adviser at Finsbury in the City of London (1996-2005). She has a BA in English Literature from Cambridge University and an MA from Sotheby’s Institute of Art. Her book, Art as an Investment?, was published in 2014 (Lund Humphries).

Dr Clare McAndrew is a cultural economist who specializes in the arts, antiques and collectibles markets. She completed her PhD in economics at Trinity College Dublin in 2001, where she also lectured and taught economics for four years. In 2002, Clare joined US firm Kusin & Company, a boutique investment banking firm specializing in art investment, as chief economist. After three years in the United States, Clare returned to Europe in 2005, and continued her work in the art market in a private research and consulting capacity for a global client base. She set up Arts Economics in 2005 to focus her efforts on art market research and analysis, and works with a network of private consultants and academic scholars in different regions around the world providing research and consulting services to the global art trade and financial sector.

Paul Donovan joined the UBS in 1992 and is a Managing Director and Global Economist. Paul is responsible for formulating and presenting the UBS Investment Research global economic view. In June 2016 it was announced that Paul would be moving to UBS Global Wealth Management as Chief Economist.

Paul has an MA in Philosophy, Politics and Economics from Oxford University. He is an Honorary Fellow of St Anne’s College, Oxford, sitting on its investment committee and development board, and is a member of the Vice-Chancellor’s Circle of Oxford. He holds an MSc in Financial Economics from the University of London. Paul is also a co-founder of the Peter Culverhouse Memorial Trust (a cancer research and patient care charity) and an occasional economic adviser to the East London Business Alliance (an urban regeneration charity). He is an amateur heavyweight boxer, and keen skier.